Migraines and Depression – What’s The Link? 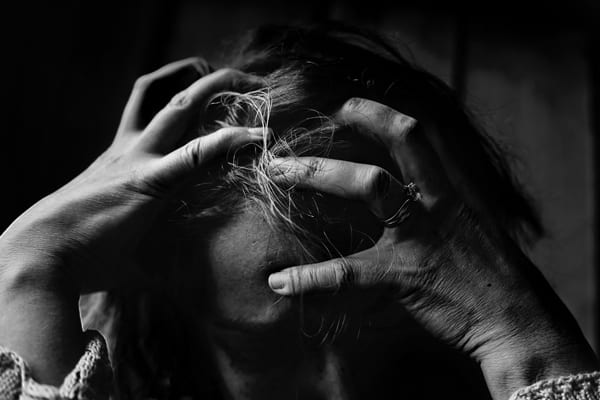 For anyone out there who suffers from both migraines and depression, it can be helpful to try and understand if the two conditions are related.

After doing our research, we discovered that a number of studies have been done to try and establish a direct causal link between the two. As with many medical conditions, it isn’t a simple matter to draw a direct link between the two in everyone who experiences the conditions. But, there is a high prevalence of comorbidity, which means that the one condition occurs concurrently with the other.

Nevertheless, it can be helpful to those who suffer from both of these ailments to get a better understanding of how to treat and manage their symptoms. Hopefully, this will help them come as close as possible to figuring out a long term solution.

In this article, we will start by outlining the definitions of both migraines and depression. Then we will move on to give a summary of some clinical studies and the results of these. After that, we will break down the clinical results into layman’s terms, and finally give a brief overview of the types of treatment options available.

Migraines and Depression: Some Definitions

Migraines, as we have discussed in great detail on the Treat Headaches website, is a type of pain that is experienced as intense headaches, with other varying physical symptoms. This condition can also be experienced in some circumstances, for example when it comes to ocular migraines, which are associated with loss of vision.

Many people experience migraine episodes from time to time, many of which are not associated with any kind of mood disorder. This is because as with many other medical conditions, this kind of disorder is multifaceted, and can be caused by any number of factors. These include genetic, hormonal, dietary, environment, sleep-related and physiological factors. Therefore, according to clinical studies, it is referred to as a bio-behavioral disorder.

While some people might experience infrequent pain, for many, the symptoms can start to become chronic. They are sometimes accompanied by feelings of depression that come with not being able to fully participate in daily activities. For these reasons, it’s also important to understand the link between the two conditions better.

Depression is classified as a mood disorder. It affects the daily functioning of an individual, on both a physical and emotional level. This can play out differently depending on the individual. However, generally speaking, depression is mostly associated with a sense of hopelessness in life and the inability to perform daily tasks due to being physically incapacitated.

As we mentioned above, depression can occur in migraine patients who suffer from chronic symptoms that affect their daily lives and contribute to long term disability. However, as we will discuss in the summaries of the clinical studies below, it has also been shown that people who suffer from depression are also more likely to develop migraines.

In order to make sense of the overwhelming amount of medical data available, which can be challenging to decipher for the average person, we’ll take a look at three clinical studies that deal with migraines and depression below.

Firstly, to establish a link between the two orders being discussed, it can be helpful to look at some of the numbers. According to clinical studies, mood and anxiety disorders like depression are 2-10 times more common in a migraineur as opposed to the overall population. It has also been shown that these disorders can play a role in processing the instances of migraines from acute to chronic.

This means that the link between these two conditions has been clinically established. There is also an increased level of disability experienced by those who suffer from both of these disorders at the same time.

In studying the role of stress, the researchers examined various kinds of stressors, for example, unemployment, trauma, marital problems, and financial problems, and showed that chronic stress was a strong influential factor.

In other words, this study shows that chronic stress plays a role in bringing about incidences of both conditions. Therefore, from this, we can deduce that these conditions can occur concurrently (comorbidity). Furthermore, it is important to address chronic stress, as this could potentially help to treat both of these ailments.

Through studying 782 patients using a symptoms-based approach, the study found that there was, in fact, a greater risk for migraines in those who suffered from anxiety. Particularly those who reported not being able to properly control their worrying and didn’t know how to relax.

When it came to patients suffering from depression, the study showed that there was a stronger link between physical symptoms and migraines (irritability, appetite, fatigue, and not sleeping well) than the emotional symptoms usually associated with this condition (i.e. sadness and hopelessness).

To put this into simple terms, there was shown to be a link between the two conditions we’re discussing. Although, this was mostly when it comes to anxiety and the physical symptoms of depression.

The Link Between Migraines and Depression

The above gives a summary of some of the clinical trials which have aimed to further understand the link between these two conditions. However, if you are not a researcher, it can be difficult to make sense of medical data and the numbers and tables in an academic essay.

Therefore, to put it in plain terms, here is some of the knowledge we have gained by going through the studies above.

1. The link between migraines and depression isn’t fully understood, yet

While the research above has shown a strong correlation between the two, the exact link between the two ailments isn’t known. Therefore, we can only hope to use the studies above to guide our understanding, and to be able to find the most beneficial treatment options.

2. Chronic stress is a factor

As one of the studies above suggests, the presence of chronic stress has been shown to be a hugely influential factor in the concurrency of anxiety, depression, and migraines, using a symptoms-based approach.

Therefore, a holistic approach to managing chronic stressors could be helpful in treating mood disorders and bio-behavioral disorders. This also links to the fact that anxiety poses a greater risk for developing migraines.

3. One condition can lead the other

While not all people who experience migraines are depressed, and vice versa, there does seem to be a strong correlation between the two. Therefore, it’s important to be aware that suffering from one condition could lead to the other.

This is also vital to take into consideration when it comes to treatment, especially if the individual is already taking medication to treat one of the conditions.

As we have also discussed on the Treat Headaches website before, there are many different methods for managing or treating various types of head pain.

When it comes to treating migraines and depression though, it is interesting to note that the same type of medication is used to treat both, namely antidepressants. However, it must be noted that some drugs used to treat migraines should not be used together with antidepressants, as this could lead to extreme complications in the neurochemistry of the brain.

The fact that similar medication is used to treat both doesn’t necessarily mean that the conditions are the same. However, it does give us some indication that there is a common factor between the two, which is sure to be the topic of more research in the years ahead.

As we mentioned above, additional treatment options that aim to manage overall stress could be beneficial, as well as various kinds of cognitive therapies. As with managing most kinds of medical conditions, it’s also important to maintain a healthy lifestyle and regular sleep patterns.

In conclusion, to try and understand the link between migraines and depression better, we have defined both conditions and examined some of the clinical studies available. By doing this, we have managed to pinpoint some key findings that people who suffer both conditions should be aware of. We have also given an overview of the types of treatment options available, from medication to other therapies.

If you are struggling with one or both of these symptoms, it’s important to consult with a qualified physician as soon as possible. It is important to make sure that you are getting the right kind of treatment for your particular symptoms.