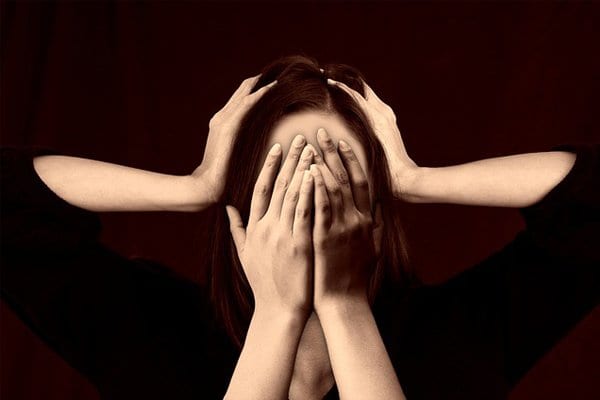 If you have ever experienced a sudden and intense head pain seemingly out of nowhere, you may have had what is known as a thunderclap headache.

Although it’s not common, this ailment can potentially be very dangerous or even life-threatening. As a result, it is important to be aware of its existence, understand what the possible symptoms and causes are, and know how to seek treatment in the unlikely event that this somewhat rare condition occurs.

What Is A Thunderclap Headache?

Sometimes referred to as a lone acute severe headache, a thunderclap headache can be described as a very sudden and intense head pain accompanied by nausea and vomiting. It is characterized by the fact that it reaches its maximum intensity in a very short amount of time (usually a few minutes).

If left untreated, thunderclap headaches can be dangerous and even potentially fatal. This is because they often signal very serious underlying problems such as bleeding or hemorrhaging within the brain. Luckily, they are regarded as a relatively rare medical condition though as less than 5 out of 10,000 adults are affected each year.

There are a number of symptoms that may indicate that a person is suffering this ailment. Naturally, it is in your best interests to seek immediate medical attention if you ever experience any of the related symptoms mentioned.

Generally speaking, the pain occurrences are usually short in duration, although there are reports of the effects recurring for a week or more on the odd occasion.

One of the most common causes is a subarachnoid hemorrhage or bleeding in the brain. If the bleeding is the result of an aneurysm and is not identified and treated quickly, it can lead to other conditions or complications such as a stroke.

Other possible causes may include:

Not all of these types of headaches are caused by physical afflictions. The condition can sometimes be experienced due to an idiopathic benign recurrent headache disorder. More simply put, they occur as a secondary headache.

If this is the case, the condition may not be life-threatening and can be caused or triggered by the following:

Thunderclap Headache vs Migraine – which is it?

Migraines can sometimes be confused with thunderclap headaches. However, there are distinct differences between the two that you should be aware of to avoid any unnecessary panic or misconceptions.

Firstly, it is important to note that it is common for people who experience one to have also suffered from frequent migraines in their past. If you are one of them, it is advisable to keep a record of your medical history to help determine any potentially related conditions in the future.

Secondly, the most noticeable difference between a migraine and a thunderclap headache is the severity of the pain. The latter is often described as the most intense and painful headache ever experienced.

They can also be much more dangerous than migraines. As a result, it is important that you seek immediate medical attention if you suspect that you have just suffered from one.

Understanding how it feels to experience this affliction will help you to evaluate the severity of your symptoms and know when to get medical help. Obviously, if you experience any severe or ongoing pain you should get advice from your local doctor without hesitation though.

So what does a thunderclap headache feel like? As we mentioned, this affliction is sometimes described as the worst head pain imaginable by those who have suffered from it. The pain often takes you by surprise and seemingly comes out of nowhere with no clear warning signs.

Unlike other similar ailments where you experience pain for hours on end, this condition typically reaches its maximum intensity within the first 60 seconds and usually only lasts for less than 5 minutes.

Although short in duration, the pain is sometimes so severe that it can immobilize you and even result in a loss of consciousness. Due to its abrupt nature, you only have a short window to identify your symptoms and get help quickly should you need it.

Before deciding on any thunderclap headache treatments, the cause of the condition must first be determined. Doctors will usually perform a CT scan to evaluate and identify the possible cause of the pain.

In most cases, a CT scan will be enough to discover the problem. However, in some instances, you may need to undergo more extensive tests to assess the issue. Some of these tests include:

Once the cause has been identified, there are a number of possible treatments available including:

Around 75% of thunderclap headaches are regarded as primary headaches. This type is attributed to pain structures inside the brain. At times the structures become overactive or malfunction. This leads to a brain pain disorder with no underlying condition.

A primary thunderclap can also be caused by chemical imbalances within the brain, or even by hereditary factors. Similarly, lifestyle factors such as stress, certain foods, particular ingredients, changes in sleep patterns, or loss of sleep etc. can also trigger them.

The remaining 25% occur due to underlying causes or diseases that activate the pain sensors within the brain. A secondary thunderclap can, therefore, be serious and sometimes even life-threatening if not treated immediately.

Some of the causes of secondary thunderclap headaches include brain aneurysms, blood clots, broken or damaged blood vessels in your brain, concussion, as well as other physical injuries etc.

As you can see, when occurring in secondary form, they potentially present greater immediate danger than primary headaches do. However, before drawing any conclusions, consult your doctor to receive an accurate diagnosis. Once a professional determines what has occurred they will be in a position to devise a suitable treatment plan.

What Should You Do If You Experience One

If you believe you are experiencing this unpleasant affliction it is important that you remain calm. Luckily the pain does not usually last for very long and subsides quickly. As soon as you are able to contact or locate someone nearby, let them know that you require medical attention. This is especially important if the pain is particularly debilitating and prevents you from functioning normally.

Do not attempt to drive yourself anywhere as a loss of consciousness may occur after experiencing a thunderclap headache. Rather ask a friend, family member, or even a neighbor to take you to a medical facility for a checkup.

If that’s not an option, then call up your nearest medical facility or emergency services. Ask for a paramedic to be sent out to assist you and take you into the hospital if necessary.

Strokes happen as a result of an interruption of blood flow to and around the brain. There are two main types of strokes, namely ischemic strokes and hemorrhagic strokes.

Due to their similar nature, a thunderclap headache could be a warning sign of a stroke. So until you receive an accurate diagnosis, treat the condition with caution. According to a study in 2010, between 7% and 65% of stroke patients will report some sort of localized brain and cranium pain symptoms.

That being said, by no means are all thunderclap headaches dangerous or life-threatening. You simply need to be mindful of the symptoms and causes of this affliction as you might be suffering from something more serious which is dangerous if left untreated or ignored.

Ultimately, it is wise not to ignore this condition or any other serious ailments which affect your cranium and brain. Seek professional assistance as soon as you can. At the end of the day, you want to avoid any further harm or negative impacts which could occur as a result of the condition being left untreated.