What’s The Verdict On Migraine Glasses? 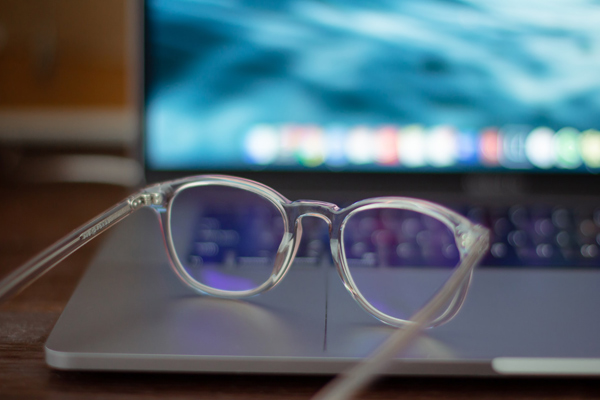 It starts with perhaps just a bit of pain behind your eyes and a gentle throbbing in your temples. Before you know it you are in too much pain to function, the only thing that seems to help is closing your eyes and lying down. Experiencing a migraine attack is no joke, and migraine symptoms can include nausea, vomiting, and sensitivity to light. This leaves you unable to function for hours or sometimes up to three days. Migraine glasses may be a solution to help prevent migraine attacks from triggering and provide relief when they do.

As with most solutions related to preventing and treating this condition, what remedy works for some doesn’t for others. We’ll explore the subject of migraine glasses in greater detail in this article.

According to the Migraine Research Foundation, the condition affects nearly one billion people worldwide and is rated the third most prevalent illness in the world. There are many reasons why you may experience an attack, ranging from internal eye swelling to nutritional deficiencies (low Vitamin D, low magnesium and low vitamin B6 and B12), hereditary, and so forth.

There are also many different types of migraines, with all of them triggered by different things. Loud noises, fluorescent lights, low blood sugar, stress, fatigue and lack of sleep are just examples of some things that may trigger them. This means that your migraine can trigger during the most inconvenient time for you.

So how do you deal with them? As a sufferer of the condition, you have likely tried out many treatments and prevention methods, with some being more effective than others. At this point, FL-41 light sensitivity glasses might be next on your list to try.

What Are Migraine Glasses?

Dr. Arnold Wilkins developed the first migraine glasses in the late 1980s and early 1990s. In his studies, it was clear that most people have some sort of light sensitivity, and people who were prone to the condition were ‘hypersensitive’ to light.

So, they developed these lenses designed to block out the ‘bad’ light before it reaches the migraine sufferers’ eyes. This ‘bad’ light is blue light. It comes from our computer screens or fluorescent lights as well as UV rays.

The glasses focus on filtering out the wavelengths from blue light. Thus, reducing the intensity of the fluorescent lighting on the eyes of the hypersensitive.

Wilkins first experimented with red-brown lenses. These lenses were brought under further examination by Dr. Peter Good in 1991. He also compared the red-brown lenses to blue lenses. Here, he found that, although both tints brought migraine relief, the red-brown continued to show improvement even after the spectacles were taken off. The blue glasses only brought temporary relief.

It was Dr. Bradley Katz who introduced the rosy tint to the glasses in the late 2000s. Here he found that the rosy tint was just as effective as the red-brown tint. The study showed that involuntary eye movements were also reduced after wearing the rosy-tinted spectacles.

Finally, in 2016 Dr. Katz and Dr. Blair updated the original lenses of the glasses. The new and improved lenses blocked the 480 and 590 wavelengths emitted from blue light.

Unlike sunglasses, migraine glasses don’t simply shade the eyes from light but are designed to specifically filter out the blue light that triggers the condition. This is done by using a rosy tint on the lenses. In a recent study, participants who regularly wore the FL-41 glasses experienced 74% fewer attacks per month with no side effects.

Migraine spectacles not only lessen the chances of triggering the condition but also lessen the pain experienced during an attack. This is because the wavelengths are restricted as they pass through the lenses.

These spectacles work well indoors and outdoors. A migraine may not only be triggered by daylight, but also from the light from laptops or computers, smartphones, TVs, and even house lights. As mentioned earlier, this is due to the blue light emitted from these devices.

By wearing them, you are not restricted in your daily activities. You don’t have to limit your time spent in front of the computer and TV, in fear of an attack coming on.

Moreover, it reduces stress as you know that your light sensitivity has been curbed. As mentioned above, stress plays an important part in triggering a migraine. By lifting this worry off your shoulders, the chances and intensity of the migraine attack can be lessened.

By wearing migraine spectacles, it is reported that it will help increase your quality of life. You are no longer restricted in how many hours you spend in front of a screen as they reduce your light sensitivity. As well as, the fact that you will no longer be spending hours, several times a month, trying to overcome the pain of the migraine.

Additionally, to make you feel more confident when wearing them, the glasses are available in different styles. They are treated just like normal spectacles, so as to find a fit that best suits your face. This encourages you to wear them as much as possible.

Feeling good in glasses is so important in making sure you wear them as often as possible. They are designed to assist you and improve your life.

If you do not want to wear spectacles, many companies also sell them in the form of contact lenses, allowing you to go about your day to day with little to no effects from triggers. 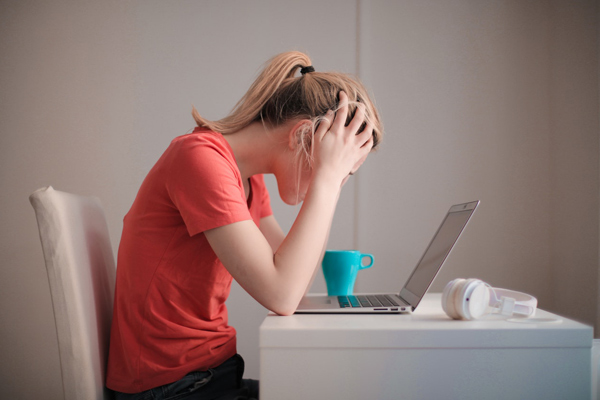 Are There Any Negative Aspects?

Since there are so many different types of migraines, it is difficult to know what works specifically for your type of migraine and light sensitivity.

These special glasses are designed for migraines that are triggered only by light and light sensitivity. They are, thus, better suited for people who are sensitive or hypersensitive to light. To find out more about migraine treatments that could help different types of migraines.

Glasses for light sensitivity and migraines use a very specific way of tinting the lenses that allow certain wavelengths of light in. This results in almost no negative side effects of the glasses. The tinted glasses aren’t dark enough to negatively adapt the eyes the way sunglasses might.

On the whole, these light sensitivity glasses have been carefully designed to bring relief with almost no negative aspects.

Just like any normal pair of glasses, people adjust to the migraine glasses at different rates. For some people the relief is immediate. They report that the lenses alleviate the tension caused by light sensitivity the minute they put them on. This will increase the more they wear them and help reduce their overall light sensitivity.

However, for some people, it takes between two to six weeks before the benefits of the glasses are truly felt. Studies reveal that people who often wear sunglasses indoors to prevent an attack are often subjected to this. Scientists do encourage people who take longer to adjust not to be discouraged.

When experiencing a migraine, the brain is hyper-reactive. In the earlier study by Dr. Good, the scientists found that it took 120 days for the brain to rewire itself when testing the glasses for headache and migraine relief. This shows that change and improvements in the brain happen over time.

When looking at migraine spectacles, there are three different options.

The first being the more popular and well known red or rosy tint. This tint is best known to directly provide relief for migraines caused by light sensitivity. This is done by reducing the wavelengths caused by blue fluorescent lights through a filter. It is also the one predominantly discussed throughout this article.

The second, and lesser-known, is the amber and yellow tinted lenses. The yellow tint in the glasses blocks fluorescent lighting and blue light emitted from TV and laptop screens and reduces eye strain. Although no research has been done to show how these impact migraines specifically.

Studies show that blue light can cause sleep deprivation as it blocks melatonin. This is the hormone responsible for the sleep-wake cycle. By blocking the blue light, the amber and yellow tint help increase melatonin in the brain.

As mentioned above, sleep deprivation and fatigue are some of the triggers that cause migraines. By using these indoor glasses, you can stimulate the sleep-wake cycle. This helps reduce your chances of getting an attack.

Green-tinted lenses are the least effective of the three glasses. While they did help improve pain relief for a small number of people with light sensitivity during tests, blue light is still able to enter through the lenses.

This counts as counterproductive as the main purpose of the glasses is to restrict the amount of blue light affecting the patient.

It is important to speak directly to your doctor when considering migraine spectacles as each lens is specific to the patient. Each patient’s eyes are different and they experience migraines differently. Thus, it is important to understand what works specifically for you.

Migraines are such a difficult illness to treat. Very few pain medications help sufferers and often it leaves the patients incapable of doing anything for a few hours or days. Migraine glasses help stop this before it even happens.

If you are someone who struggles with light sensitivity, often resulting in migraines, migraine glasses may be a smart option to help treat headaches. They are easy to wear and show a multitude of benefits to patients. They prevent triggers affecting people, as well as reduce the intensity of the migraine itself.