Hemicrania Continua – What Is A Continuous Headache? 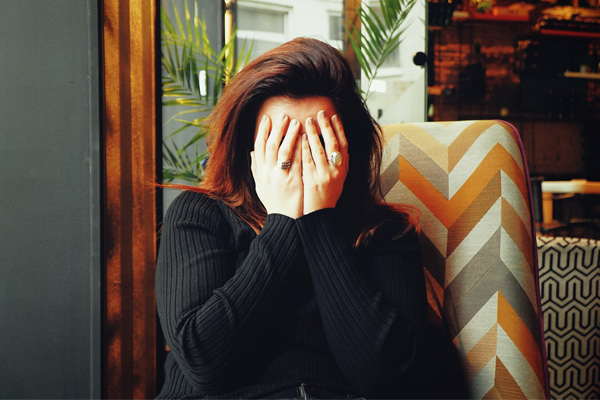 Around 1.7 to 4% of the global adult population experience a headache on 15 days or more every month. Different types of headaches can occur in response to internal or external factors. In order to get the right treatment, you need to understand the type of headache you are experiencing.

In this article, we will discuss hemicrania continua, which is a type of continuous headache. We will focus on what it is, its symptoms and treatments, and how to differentiate it from other chronic headaches.

What Is Hemicrania Continua?

The term hemicrania continua was first coined in the year 1984. It is derived from Latin and describes the key features of this condition, with hemicrania meaning one side of the head and continua meaning continuous.

As its name suggests, hemicrania continua is a continuous headache that is unilateral, meaning that it occurs only on one side of the head. This condition can cause moderate to severe pain.

A study has shown that the condition can be accompanied by fluctuating headache exacerbation (worsening pain attacks) which can last for a few minutes or up to a few days. You may experience these attacks more than 20 times every day or only once in 4 months. About 50% of patients report one attack every day. These attacks can cause moderate to very severe pain. This pain is throbbing or stabbing in character.

If you have had a one-sided continued headache for more than three months, you may be suffering from hemicrania continua.

Women are more likely to suffer from hemicrania continua than men. This condition is also more prevalent in adults in their thirties and forties, although symptoms may manifest themselves in anyone aged between 5 to 67 years.

People of all racial and ethnic groups may be affected by hemicrania continua globally. However, this type of condition is still being underreported and underdiagnosed.

At present, it is not known what causes this condition but it has been suggested that the overuse of certain drugs such as analgesics (pain killers) is a likely cause. There is also some indication that alcohol use or physical exertion may worsen the pain.

This type of head pain can be extremely disabling, and it is thus crucial to diagnose this condition early on to help in achieving a pain-free state.

What Are The Symptoms?

If you suffer from hemicrania continua, you may experience some of the following common symptoms:

It can also cause similar symptoms to migraines such as:

Certain activities and lifestyle habits tend to worsen the symptoms, such as:

Some patients have also reported that they experience symptoms of the condition when they rotate or flex their neck or if they feel pressure on their neck.

Although the pain typically occurs on only one side of the head, with a slight preference to occur on the right side, the pain may shift sides in some rare cases. About 20% of patients may also be pain-free for a duration of one day to several days, although in general, hemicrania continua is associated with continuous head pain. If this condition is properly diagnosed, it can be treated effectively. 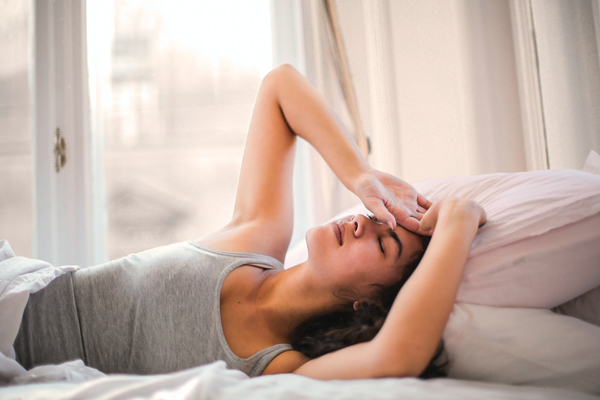 What Are The Treatment Options?

The most effective medication in treating hemicrania continua is indomethacin which is a non-steroidal anti-inflammatory drug. In fact, one of the ways your doctor can know if you suffer from this condition is if your pain goes away after you have taken indomethacin for headaches. However, in some cases, you may be required to do more tests such as an MRI scan so that your doctor can better understand your symptoms even if you show a complete response to this medication.

You would typically take indomethacin at a low dosage of 25mg three times per day with your meals and your doctor will adjust your dosage, depending on how you are responding to the treatment. People suffering from this condition typically respond to this medication within 24 hours, but some may take up to one week to respond.

Your doctor will usually increase your dosage if you do not respond to treatment within 48 to 72 hours after you have taken the medication. In such cases, the maximum dosage that your doctor can prescribe to you is 300 mg per day

Like all other medications, indomethacin also has certain side effects which include the following:

Indomethacin treatment is usually long term or can even last a lifetime. Thus, it is essential that you keep your dosage at the lowest level possible to prevent adverse effects. It is also possible to gradually reduce your dosage over time without your head pain occurring again. This successful tapering off has been reported in many patients.

If you are not able to tolerate the side effects of indomethacin, you can use other medications but they are not as effective as indomethacin. Some of these drugs include melatonin, celecoxib, gabapentin, or topiramate.

Celecoxib is a nonsteroidal anti-inflammatory drug that has proved to be another good alternative in patients who report adverse reactions to indomethacin.

A medical study has shown that gabapentin is a good alternative medication for treating hemicrania continua, with 7 out of 9 patients reporting at least a 50% pain reduction when administered with gabapentin. 4 patients reported being totally pain-free.

Topiramate is a drug that decreases irregular brain activity but more research is needed to determine whether the benefits of this drug outweigh its side effects in treating hemicrania continua. Side effects include confusion, inability to focus, dizziness, increased risk of having kidney stones, and osteoporosis.

According to the study referenced above, research is also being conducted on Botulinum toxin-A, commonly known as Botox, to investigate its effect on treating hemicrania continua and other headache disorders.

Can It Be Prevented?

As mentioned earlier, the exact cause of this condition is currently not known. Thus, there are no guidelines or methods to prevent this condition. However, research is currently being carried out to investigate the possibilities of preventing hemicrania continua.

According to the National Institute of Neurological Disorders and Stroke, amitriptyline and other tricyclic antidepressants have proved to be effective in certain people as a preventative treatment.

What’s The Difference Between Hemicrania Continua and Chronic Daily Headaches?

As mentioned earlier, hemicrania continua is a continuous headache and it can be easily confused with other chronic daily headaches. It is important to differentiate the two in order for you to get the right treatment though.

Chronic daily headaches are those head pains that occur on 15 days or more per month for a period of over 3 months. They can be short or long-lasting, such as those which last for more than 4 hours. Examples of long-lasting daily chronic head pains are migraines, tension-type headaches, and new daily persistent headaches.

Hemicrania continua is a rare disease but it can interfere with your life in the long term and should not be taken lightly. If you are experiencing symptoms associated with this type of head pain, it is crucial that you go for a medical check-up to get a diagnosis.

During the doctor’s visit, make sure that you ask important questions such as the following:

With the right treatment, you should be able to show a complete response to the medications and manage the symptoms effectively.