Ice Pick Headache – All You Need To Know 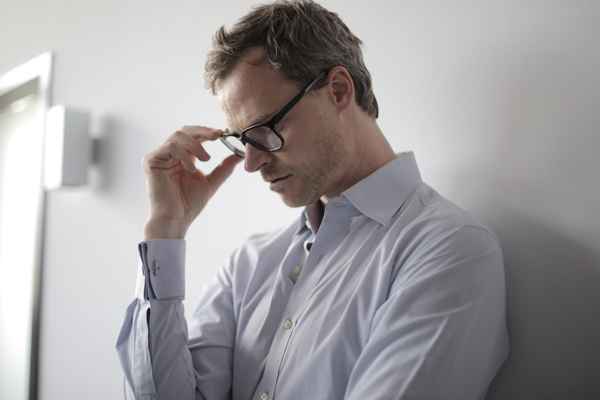 Here is a comprehensive, all-you-need-to-know guide on an ice pick headache. We’ll provide an overview of alternative names, possible causes, symptoms, and treatments for these stabbing head pains.

What Is An Ice Pick Headache?

Ice pick headaches are universally described as a stabbing pain around the eye or temple. Typically, the pain only lasts a few seconds, however, this doesn’t make it any less painful. This stabbing pain may occur multiple times throughout the day. Every single time you experience this type of head pain, it may swing from one side of your head to the other.

The sensation caused by the condition is usually described as a stabbing, jabbing, or zig-zagging kind of pain.

These head pains are generally harmless, so there’s no need to worry. They are usually triggered by specific lifestyle factors like stress, posture, diet, and lack of sleep. So, making appropriate lifestyle changes generally helps minimize occurrences of this type of sharp, shooting head pain. However, you should always consult your doctor so that they can rule out any serious underlying causes or headache disorders.

There are normally two groups in which a headache can be classified, primary or secondary. A primary headache is where the headache is the main problem. Whereas a secondary headache occurs when there is an underlying health issue causing the head pain. An ice pick headache is generally classified as a primary stabbing headache.

Ophthalmodynia periodica was the first name given to these specific types of head pains. The condition was described in 1964 for the first time. Since then, its medical name has been changed to idiopathic stabbing headache.

As we know, they are also sometimes referred to as primary stabbing headaches. The more informal names are ice pick pains, or jabs and jolts. It got its ‘ice pick’ name from the sensation it causes as many people describe it as feeling like a series of sharp stabs from an ice pick.

Despite the countless names, these types of head pains are still relatively new to the medical world. Many doctors are still studying it to understand the causes as well as the treatments better.

These painful attacks can be triggered by multiple things. Triggers include stress, poor posture, changes in diet, and sleep. Moreover, a multitude of smaller factors is also responsible for triggering these primary stabbing headaches.

An example of this is if the pain occurs on one side of your head only. This could mean that a nerve is pinched in your neck or down your spinal column.

Another cause of a stabbing pain in the head could be linked to diet. This is especially true if a person doesn’t eat regularly or when they eat certain types of foods. These types of foods typically include processed meats that are high in nitrates. Watch out for deli meats, sausages, ham, or bacon.

However, the exact cause of this primary stabbing pain is still unknown. Patients have described getting these types of head pains in different locations under various situations at different times of the day.

Despite this, the one constant doctors have found is that people who suffer from migraines also get these stabbing pains. They often experience the occurrence of the condition much more than most people. In some cases, it can often act as a warning sign of a developing migraine.

Similar to migraines, these head pains can be triggered by light sensitivity. The ice pick headache also tends to start in the same region of the head where the aforementioned condition occurs.

Additionally, this type of primary stabbing headache is uncommon in young children and teenagers. Research finds that they are more common for middle-aged people – similar to other head pains.

Furthermore, headaches can simply be caused by genes. Some people are simply more prone to getting them, including migraines and primary stabbing headaches.

An ice pick headache is categorized by several symptoms. These include a sudden, stabbing head pain which, typically, only lasts for five to ten seconds. This pain can range anywhere from moderate to severe and, in some cases, can be extremely painful.

The sudden stab can occur once or could happen several times over the space of a few hours. They may even come and go over a couple of days. The pain also tends to come without any warning.

Moreover, primary stabbing headache symptoms are similar to migraines or cluster headaches. They are often felt at the top, front or sides of the head. They can also occur in multiple areas of the head at once but tend to only come one at a time. Additionally, they sometimes shift from one side of your head to the other in between jabs.

Different symptoms can occur with an ice pick headache versus, say, other serious head pain conditions that are debilitating. These include redness in the face or facial flushing, drooping eyelids, and even tearing.

Although migraines, ice pick, and cluster headaches may have very similar symptoms, they are very different.

Migraines are, most of the time, extremely painful, and can make a person feel weak and unable to go about their day normally. They only occur on one side of the head and also tend to lead to nausea and, subsequently, vomiting

Cluster headaches, as the name suggests, tend to happen in a cluster and are quite severe. They mostly occur when a person is sleeping. The clusters normally form around the area of an eye or on one side of the head. Although these types of conditions are much more similar to ice pick pains, they tend to be preceded by migraine symptoms.

On the other hand, ice picks can change sides throughout the entire period of suffering. Additionally, they only last between 30 seconds to a minute at a time.

Contrary to migraines, ice pick pains do not lead to nausea or vomiting. They simply create a moment of pain and unease. They can rather be seen as a warning sign of one of the more debilitating conditions coming on.

Because ice pick headaches occur so quickly and don’t last for very long, treatments are often ineffective. Medicines, such as over-the-counter pain medication, do not help. The reason being that the pain passes before the medication starts to work.

However, it has many unfavorable side effects that can cause more problems than solutions. This means Indomethacin is only available if a doctor prescribes it. This allows you and the doctor to be sure that it is used safely and effectively.

Should your primary stabbing headache disorder persist or become worse, it is recommended that you should go visit a doctor. If the pain only occurs on one side of the head, the person should also visit a doctor.

In this case, the doctor may insist you get an MRI or an MRA. Both these machines use imaging that takes a closer look at the blood vessels in your brain.

These tests are used to rule out rare disorders that could cause this type of sharp pain in the head. An example is SUNCT, which stands for Short-lasting Unilateral Nueralgifrorm headache with Conjunctival injection and Tearing.

Another disorder is SUNA, which stands for Short-lasting Uniateral Nueralgiform headache with cranial Autonomic symptoms. Even though these disorders could be a cause of the pain, it is unlikely. Both these disorders are extremely rare and tend not to be the problem.

Although fleeting, these pain occurrences can be intense and painful. As mentioned above, most pain medications don’t help in preventing and lessening the discomfort. Therefore one thing you could do is try to prevent them from happening in the first place.

To do this, you must track occurrences of an ice pick headache and what happens throughout that day. This can help you to discover correlations between your behavior, diet, or sleep, and the occurrence of a primary stabbing pain. It is also helpful to see if it occurs before or after any of the conditions we have previously mentioned in the article.

If there is an evident pattern and you start noticing triggers, it becomes easier to manage these occurrences. A simple prevention tool is to avoid these triggers in your day to day life. If this is not possible, simply try to interact with these triggers as little as possible.

Additionally, when you go to your next medical check-up, it may be helpful to discuss these headaches with your doctor. In doing this, you can medically track these headaches as well as figure out a prevention system that suits you best.

Ice pick or idiopathic stabbing headaches can be triggered by multiple issues. These may range from simple triggers such as sleep and diet to stress or a history of migraines and cluster headaches.

Forty percent of people who suffer from serious debilitating headache disorders which we have discussed also experience these particular stabbing pains in the head.

Ice pick headaches occur in an estimate of two percent of the population. Oftentimes, in middle-aged people rather than teenagers and children.

Treatment is, more often than not, not needed as they go away on their own. By simply incorporating prevention tactics you can help minimize your triggers. This lessens your chance of suffering from an ice pick headache. However, sometimes professional help is necessary. This is especially true if the pains persist and become worse.