by Melinda Wilson | About Headaches 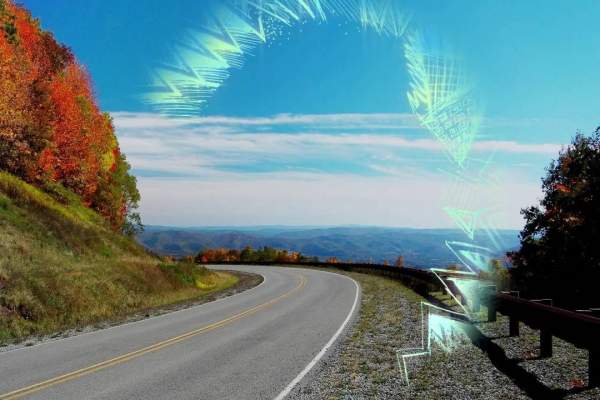 Not many people are familiar with scintillating scotoma causes and triggers. It is one of those rarer forms of headaches whose symptoms are so intense and severe that it can leave patients incapacitated for a limited period of time. This is because the defining element of this particular headache type goes beyond the simple pain commonly associated with these types of medical conditions.

This article provides readers with a general introduction to scintillating scotoma and its specific symptoms. Moreover, it identifies the different things which can trigger the onset of this type of headache.

This image would often linger on the periphery or in the center of the person’s visual field. Needless to say, this can dramatically hinder one’s vision in the scotoma area.

The person’s vision remains more or less normal except for that particular spot. It is also worth noting that the vision in the afflicted area does not go dark, as one would expect. Instead, the spot flickers as if it is reflecting light.

Of course, we would be remiss if we fail to mention the fact that the afflicted area would gradually expand outwards. This means that as time goes by one’s vision will inevitably become more impaired as the borders of the scotoma start melding together with rest of your visual field. Needless to say, this is perhaps the most bothersome aspect of this condition.

This particular type of a migraine has a number of different causes. That is why it is incredibly vital that you visit your physician and talk to them about it. Since everyone is different, and has their own unique physiological makeup, it’s important to find out exactly what affects you.

One of the most effective ways to figure out what your unique triggers are is to keep a headache diary. With this tool, you can accurately record all visual disturbances that you have, as well as when they happen and what may have triggered it. This will go a long way in ensuring an accurate diagnosis when you go and see a doctor. It will also help you to understand your own scintillating scotoma causes and triggers.

Of course, symptoms and particulars differ from person to person, but it does help to have a general idea of what can lead to this kind of condition. In order to understand this ailment better, here is a list below of just some of the common scintillating scotoma causes and triggers:

This trigger is especially relevant for women. As you probably already know, estrogen hormone levels can go up and down during specific points of a woman’s menstrual cycle. These changes in the hormone levels(1) can certainly trigger all forms of headaches, including this one, so are considered among the many scintillating scotoma causes.

It is also worth noting that women become even more susceptible to these headaches when they are on their periods as it usually entails a drastic drop in estrogen levels.

Additionally, other women may also start having these visual or ocular migraines during particular stages of pregnancy and menopause.

With this kind of awareness, it can be very helpful to understand one’s own hormone levels, to be able to avoid and treat this kind of condition.

Another one of the many scintillating scotoma causes is the type of food one eats. As we all know, one’s diet is very important and can influence the onset of a variety of ailments if one isn’t careful about what one eats, or isn’t concerned about living a healthy lifestyle.

Readers need to pay close attention to tyramine-rich food as well as those foods that are loaded with monosodium glutamate (MSG). Too much of these ingredients is a sure way to induce a visual migraine episode. As a general rule, you should always limit your consumption of processed products such as preserved meats and aged cheeses. Even overripe fruits have been known to be a trigger, so it’s best to avoid those as well.

This article presents readers with an overview of scintillating scotoma causes, also known as visual migraines. Compared to other types of headaches, this one is relatively obscure. That is why it is doubly important that you take note of the causes and triggers identified above.

As we have mentioned above, there are various scintillating scotoma causes, which include hormonal imbalance and diet. Since hormones fluctuate in women quite regularly with the menstrual cycle, pregnancy and menopause, women can be affected by this condition. Certain foods have also been shown to trigger an episode if one is susceptible to these kinds of visual migraines.